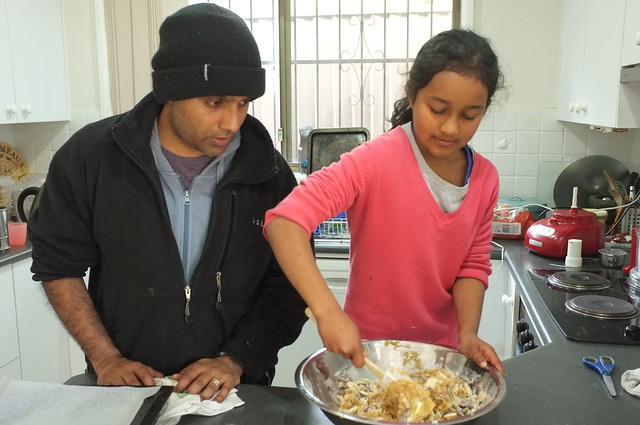 After a busy Saturday spent travelling and socialising, last Sunday was what we call a catch-up day in our household.

After Mass and morning tea we got to work cooking, doing laundry, sorting out Christmas gifts, and generally tidying up for a couple of hours. The children mostly played or read books and watched a movie at one stage, but also helped us from time to time.

It feels so normal to us, this everyday life of grocery shopping, cooking, cleaning, visiting, Mass-going, playing with kids and breaking up their arguments. It is easy to miss how special this thing is we are doing when we just live our ordinary life with our children.

When Pope Francis says (as he did in a recent general assembly) that mothers are the greatest enemies of war it rings true because of women’s particular sensitivity to life, empathy, and ability to self-sacrifice at a very deep level. Thus mothers, as he also said, are the “antidote to individualism”.

But I would add that so are fathers, in their desire to preserve and protect what is best for their families, and their ability to put their needs aside to work for the good of others.

I would like to think that all Christians would be enemies of war, and as parents of course we wish for our children to live peaceful and free lives. But that doesn’t mean Christians shouldn’t fight wars if they are forced to protect themselves or others.

In the ordinary Christian life, we engage in spiritual and moral battles every day.

For instance, we battle to fight off the urge to stay in bed rather than go to work or help get the children ready for the day, to become angry with our bosses or children or spouses, or to reach for frozen pizza again rather than cook a proper dinner. We fight the urge to be apathetic about government policies and practices that are not Christian. We fight discouragement, fatigue, and disillusionment in our parenting and in our marriages.

When we win these little and larger skirmishes with faith, hope, and love, I believe we are participating in God’s work to make His “kingdom come on earth, as it is in heaven”. Which is the greatest and most important job there is.

When we join our work and prayers with and for our children we are taking part as members of the communion of saints to bring God’s kingdom to its fulfilment.

Motherhood and fatherhood, both physical and spiritual, are awesome tasks and maybe we do them best by just taking them day by day while reminding each other of the bigger picture when necessary!

Originally published in The Catholic Weekly.