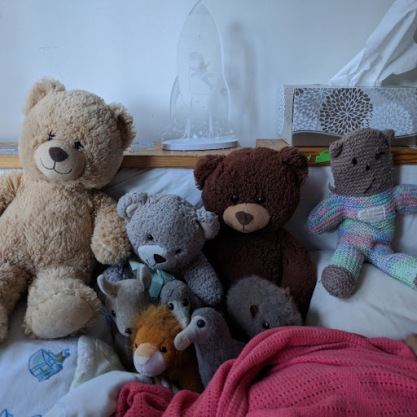 On Monday, the first official day of the spring school holidays, I put the kids to work washing and cleaning out both of our cars. I’ve been playing Chinese checkers with whoever will play with me after dinner time. Our 11-year-old is crazy good at the game. Or maybe I’m just really bad at it. Last night we were going to play for the best out of three, then I asked to make it the best of five. She still beat me.

With a mixture of chores, play dates, a trip to the library for books and DVDs, sports camp, and a babysitter (so I could go into work one day) the first week has gone pretty well. At least no one has complained yet that they are bored.

I’m still enjoying supervising the interns at The Catholic Weekly,  though several weeks into it they don’t need half as much guidance as they did in the beginning. They’re really off and running now; they know their way around a media release, are following up their own story ideas, and getting familiar with all of the workings of a print and online newspaper. We only have six more weeks (that’s six days, as they’ve been coming in one day a week) until they finish up at the Weekly and head into their college exam period.

One of the on-staff journalists asked me the other day if it was a pain for me to come all the way into the city each time. No way! One day a week is a nice break from the work of home. I even get a lunch date with my husband most times, as he works in the same building. Other than that, I’ve been managing to get another hour or so of work in each day while the kids are home, on social media, emails, or other bits and pieces for various people. Not much writing, alas. Hopefully I can improve that after the kids return to school.

Also happening: The brand new FRANKLY magazine, the annual Catholic lifestyle magazine I helped to put together, will be coming out mid-October. Pre-orders are being taken, so if you’re in Australia or New Zealand and want your parish or school to get a couple of boxes, let your parish priest or principal know about it. I’m going to buy a box to donate to our parish. People can buy individual copies, but if you’re in any kind of ministry it’s massively more economical to get them by the box and add them to Christmas gifts, end-of-year gifts for teachers, graduation gifts, raffle prize packs, or what have you. Some parishes purchase up to 10 or more boxes (400 copies) which is very gratifying to see.

The pic: Our seven-year-old called me this morning to take a photo of his arrangement of soft toys in his bed. He’s enjoying not having to hop up early and get to school!