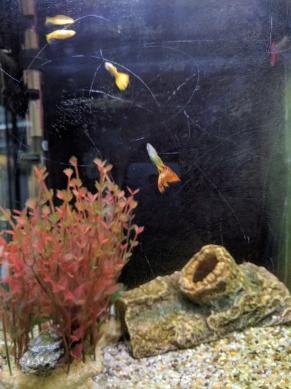 Last week I decided to keep a log of all my hours after reading how a time-management expert, Laura Vanderkam, kept a log of hers for a whole year. She wrote both on her blog and in a New York Times article about how tracking her time helps her to ensure that the way she spends it reflects her core values.

I hoped that if I did the same it would show me that I was spending way too little time on things that are important to me, like my relationship with my husband, my friendships, and my prayer, too little time on work, and way too much time on driving, housework and other chores that I could probably outsource more of.

I’m given 24 hours every morning when I wake up. I wanted to get a better handle on where they go every day? Am I wasting a lot of them, or being unrealistic about trying to do too much with them?

I meant to only log my time for one week, but then on Monday I decided to keep it going for another week or two. It was pretty awesome.

So now, if I’m with one child or doing one job and someone else comes up and starts talking to me, I’m getting better at asking them to wait until I’m finished, unless it’s an emergency, which it almost never is. (Hopefully they will also get better at waiting, or seeking help nicely from someone else! And certain someone elses will hopefully get better at nicely helping too!)

Tracking my hours also helped me feel less guilt about the times when I legitimately did nothing. For example, I had hid out in the boy’s room last Saturday evening, just before dinner time. I lay down on my eldest son’s bed because I knew no one would look for me there, and dozed for a bit. I felt guilty for doing this, but not after going over my time log for that day.

This was last Saturday for me:

That’s 10 hours of almost constant activity. No wonder I was so tired at 6.30pm!

That alone is a great reason for me to keep a time log for a bit – to just help me be more realistic about what’s achievable in a day or a week. I get anxious when I have that amorphous feeling of days and weeks slipping by without my having done the things I had wanted or needed to get done. This way I can see better how much time things are taking me to do and so plan my weeks better.

Eight hours of housework was a lot last Saturday, but I was teaching the younger children to do a few things, which slowed me down. At least the eldest handled cleaning the bathrooms by herself. Obviously as all five kids get the hang of different chores I’ll get to spend a less time on them. My Saturdays will look so different then! In the meantime, now that I can see how it’s taking a whole day out of the weekend, I might consider hiring out some chores for a little while to help while we get the kids up to speed.

Three things I was happy about which showed up in my time log – I get to sleep around 8 hours a night. That’s often broken when a child calls out in the night or gets into our bed, but not for long so I usually feel rested enough in the morning. The other thing is that I worked quite a bit, more than I usually give myself credit for. As a freelancer, I’m trying to ramp up my work from something like two hours a week when I wasn’t feeling well at the start of the year to 20+. Last week it was nearly 25. This week will end up being more like 15.

Third, I spend a lot of time with my kids – both quality and quantity. Nearly all of my waking hours (and some of my sleeping ones) I have one or more of my children with me. But I would like to make more one-on-one time with my older three kids. That was easier to do during daylight saving time then it is now.

Two things I was not happy with last week – I spent zero time on exercise. Maybe I could have counted the housework as exercise but I feel that would be cheating. Much of the housework, like cleaning the fish tank or hanging things on the clothesline is just standing in one spot for ages. Then there are the interruptions. Also, apart from going to Mass on Sunday and saying grace before meals and a couple of prayers with the kids at bedtime I hardly spent any time in prayer.

This was my breakdown for most of the week:

Time alone with husband 7 (1 hour a day) (mostly watching Netflix after the kids are in bed!)

Helping kids with the morning and night routines 9 (1.3 hours a day)

Exercise 1 hour across the week

Prayer 1.75 hours during the week

Reading (for pleasure) 1.25 during the week

Seeing my week laid out like this is really motivating me to make some changes in order to make time for my higher priorities. Work hours fluctuate but I’d like to cut down some of those driving and housework/chores hours. I’ve already made changes this week and am planning still more tweaks.

I mentioned I was doing this on Facebook and a couple of my friends wanted to try logging their time as well. It will be fun to compare with each other. I’ll be doing this for another couple of weeks and posting some of the results again here. If you want to do your own time log draw up or download a template (there are lots online but I used this one).

*Updated – I did this for a second and third week and it was such a great exercise. I actually feel better about some ways I was spending my time than I did before. And I know where to make changes.